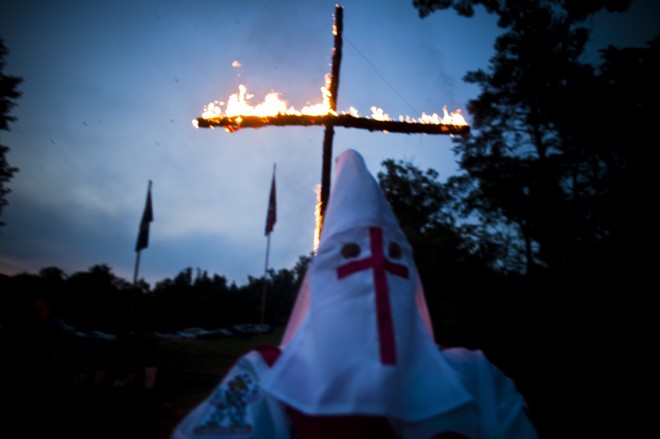 Martinsville, VA – The Rebel Brigade Knights of the Ku Klux Klan conduct a cross-burning ceremony on July 2, 2011. Cross burnings are considered “Cross-lightings” among Klansmen and are conducted as a ritual of the Klan’s religious belief in “the light of Christ” and christianity as a purely-white religion.